Lebanon finally joins the fight against sexual harassment with the passing of a law that better defines harassment in all its forms, thus protecting victims and paving the way to important changes in its society.

“Even though it came late, to have a law that defines all kinds of harassment in the country forms a very important step that’s the first in a long journey,” says Marcelle Dalal, a gender expert and women’s rights activist in Lebanon. “It will be implemented everywhere, especially in workplaces, where it is needed the most. Once Lebanese society gets used to criminalizing harassment, the culture will start to slowly change.”

The law now offers a clearer definition of sexual harassment, one that covers more than rape and “unethical behavior”, and allows for non-physical actions, such as electronic harassment, to be punishable. Offenders run the risk of going to jail for a maximum of four years and are fined up to $10,350. With this law now in force, Lebanon will finally be able to take part in international conferences on fighting sexual harassment.

There’s No Excuse: Public Servants Will Not Get Away with Sexual Harassment Anymore 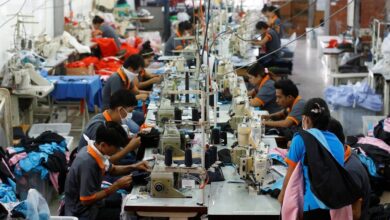